COC – The Notebook Knows All 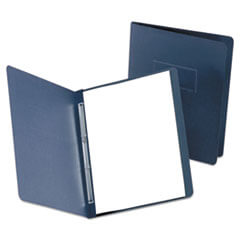 A teenager, Clarence Olan Carr, reportedly abused by his night shift security guard father, Olan Clarence Carr, took it upon himself to remedy the home situation by removing the top of dad’s head with a .44 magnum revolver while he slept.

At the crime scene, responding City of Miami homicide investigators found what amounted to a confession note.  This note became all important to the investigation as it contained all of the elements of the crime:

A second note, written on lined notebook paper, found taped to the door, was also impounded at the scene.  Both notes were submitted to the Questioned Document Unit of the Miami-Dade Crime Laboratory.  The City Homicide detectives requested that the author examine the notes in an attempt to identify the writer.  For known standards of Clarence’s handwriting, they also submitted a notebook found in Clarence’s possession.  Inside was a page of handwriting represented to have been written by Clarence.

As to the “confession” note examination, it was a “50-50” comparison.  From 50 yards away, traveling at 50 miles per hour, it was patently obvious that Clarence was the author.  One of the more remarkable writing characteristics was Clarence’s lower case, cursively written “d.”  To this day, the author has never seen a “d” constructed in this manner and said at the time, as a humorous anecdote, that “a mile of ink” was used in this letter’s construction.

The second note, however, was a simply written printed affair, of limited writing quantity, that did not allow for a definitive handwriting identification opinion, or even one couched in a degree of good probability.  However, it was noted that this note appeared to have been torn out of a notebook, with pieces of missing edges at the two ends.  Returning to the submitted notebook, two loose scraps of paper were found inside.  You guessed it – they fit the missing edges of Note #2.

Clarence, being a juvenile, was tried as such.  Found guilty of manslaughter, he was sentenced to a state school for juvenile offenders located in the Florida Keys.

Return to “Case Studies”
Back to the NDL Home Page